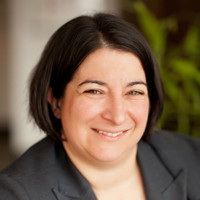 Me Magali Fournier has joined Brouillette Legal on November 1st, 2011. She is called upon to represent a variety of clients in different law fields, from best known such as civil and commerical litigation, to more elaborate such as Intellectual Property litigation, before all Quebec legal and administrative tribunals. She was involved in several substantial cases, some of which have required several months of hearing.

Me Fournier has been invited as a guest speaker on several occasions on various topics, including the Mareva injunctions, practice and finance management, and the composition of boards under the new law on child care services.

Me Fournier has given interviews to journalistic medias on the functioning of the justice system, on her presidency at the Young Bar Association of Montreal and on some of her mandates.